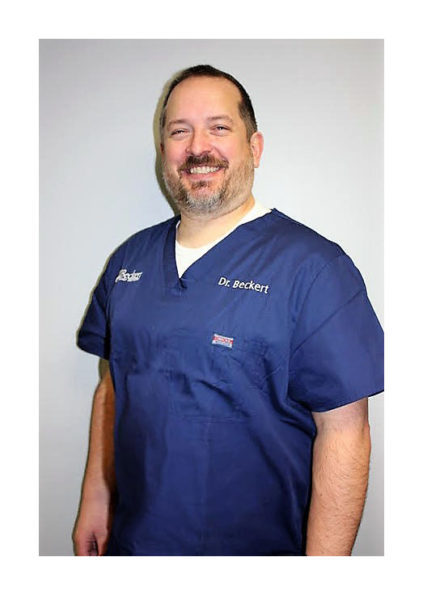 Dr. William Beckert is a 2004 graduate of Southern Illinois University – School of Dental Medicine, where he received his Dental Medicine Doctorate. He moved to Greenville, Illinois with his family in 2004.

He is married  to his wife, Heather, and they have three beautiful daughters, Chloe, Haley, and Madeline. He is an active member in the Knights of Columbus and Bond County Unit 2 Academic foundation. He is a member of the ADA, Illinois State Dental Society, St. Lawrence Catholic Church, and the VFW.

Dr. Beckert is a veteran of the U.S. Army and Army Reserves, having served three years in the Reserves and eight years in the Active Army. He served as an Infantryman in Korea, Georgia, and as a paratrooper in Alaska.

He enjoys woodworking and camping with his family and friends. 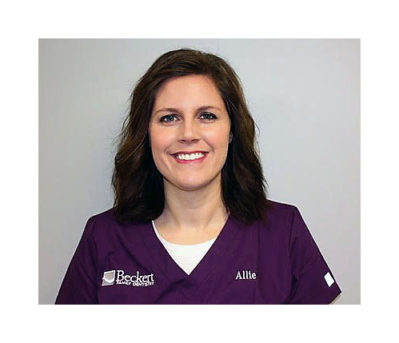 Allie Hollenkamp, Dental Hygienist, graduated from Dental Hygiene school in 2007 and began working in 2008. She has been with Beckert Family Dentistry since 2010. She likes to get to know her patients and help them with their dental needs.

Allie currently lives in Pocahontas with her husband Troy and daughter Harper. She has a goldendoodle named Zoey, who she enjoys.

When not at work, she loves to spend time with her family and friends. 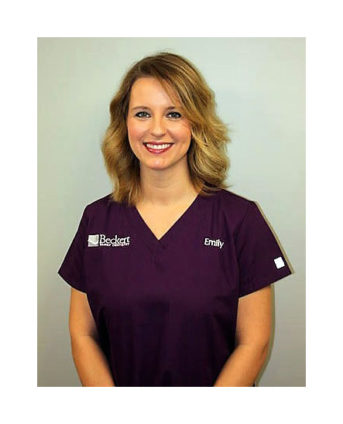 She began working as a dental assistant in 2009 and started working at Beckert Family Dentistry in July of 2014.

In her spare time she enjoys spending time with her family and being outdoors. She also volunteers as a tumbling coach at AAA Tumbling in Vandalia.

Her favorite part about her job is that it doesn’t feel like “work”. Her co-workers are some of her very best friends and there is always fun and laughter each and every day. She also enjoys the variety of her job – there is always something new. 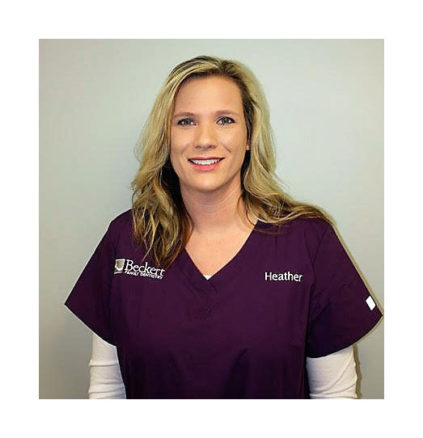 Heather Leihser, Front Office Coordinator, has been with our office since 2014. She is our front office coordinator. Heather is also a certified dental assistant, which makes her knowledgeable in all areas of the Dental Practice. Heather has been in the dental field for 16 years and absolutely loves every part of dentistry. She is married to her husband Tim and has two children, Jordan and Jessica. In her spare time, she enjoys spending time with her husband, two children, and dog Marley.